Currently representing Weybridge, Tim Oliver is the Leader of Surrey County Council and a former Leader of Elmbridge Borough Council. First elected to Elmbridge in 1999,Tim served Esher for 20 years until standing down in 2019. He was a County Councillor from 2005-9 and then re-elected in 2017 for the division of Weybridge.

When elected to Surrey County Council in 2017, Tim was appointed to the Cabinet as Lead Member for People, with his portfolio including Public Health and Surrey Health Integration. In December 2018, Tim was elected as the Leader of Surrey County Council, and subsequently stood down as Leader for Elmbridge BC and as a Borough Councillor in 2019 to focus on his County role.

Formerly CEO and then Deputy Chairman of a legal and professional services business, Tim was extensively involved in driving operational delivery and business development. He is a qualified solicitor and the author of three legal text books.

He has held many non-executive roles including on a wide range of not-for-profit boards .Tim is actively involved in the Charity sector as Vice President and previous Chair of Shooting Star Children’s Hospices and Chair of trustees Working Families.

He is married to Debi, a former GP. 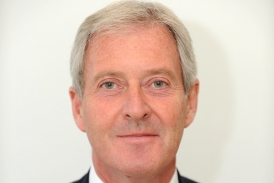